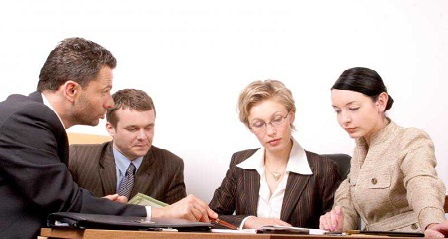 A famous saying at Disney goes, “…it all started with a mouse.” For me, the equivalent should read, “It all started with a tortilla.” A tortilla? Without over-dramatizing it, I believe a simple corn tortilla was the catalyst for a significant life change that would lead me to discover what matters most to me: challenging myself to open up, learn, and grow by building diverse relationships.

Most of the students from the high school I attended in [deleted] were from middle- and low-income Latino and Asian households. As a Latina-American, I was comfortable within my high school environment. However, reflecting back, I recognize that I was raised in a well-intended conservative household that offered little exposure to people outside of my immediate community. I was accustomed to the way things were at home and as a result, I was admittedly a little close-minded and uneasy with change.

ONE FATEFUL NIGHT IN THE FAJITA BAR

[deleted] College was a culture shock. Gone were my Asian and Latino friends with whom I found it so easy to relate. I was in a new environment surrounded by strangers from different places and backgrounds. I initially dealt with this by gravitating toward people who were similar to me or appeared to share the same values I had grown up with. Instead of trying to develop relationships with students from diverse backgrounds, I put up my guard, with doubts about how I could relate to them. However, everything changed one fateful night in the college dining hall at the much-anticipated fajita bar.

For the first time in weeks I had a corn tortilla. What was once commonplace had become a strong reminder of home. I thought to myself, “That’s odd…I haven’t had a tortilla in ages. Why don’t we have tortillas every night?” That’s when it hit me. Things weren’t the same. I was no longer at [deleted] High School with a fairly homogeneous crowd, living under my conservative parent’s roof. Instead, I was in a different place, with new people and experiences. Gone were the days of having a tortilla with dinner every night – life, as I knew it, had changed. That was when I realized I had to make a choice: continue on the same parochial path and remain content with what I learned back at home, or explore what these new people and experiences had to offer. I took a chance and decided to make a change.

My decision to breakout of old mindsets and embrace diversity enabled me to open up to new people and ideas. This openness has helped me build a number of meaningful relationships that have not only brought me great joy but also changed my outlook on life and my future. As such, what matters most to me is challenging the way I think and constantly learning and growing by building relationships with people who inspire me, challenge me, or are otherwise different from me. By contrasting my experiences and values against those of others, I am better able to understand the values I grew up with and have opened my perspective to new ideas. Relationships with three people in particular have changed my perspective, shaped my values, and made me who I am today: an Admissions Officer who taught me about openness, a Professor who taught me leadership and self-confidence, and a student I mentor who taught me what courage and optimism really mean.

I became friends with a Latino Admissions Officer at [deleted] College; [deleted] and I had a strong affinity with one another because we both grew up in [deleted]. Because of his ethnicity and place of birth, I assumed we were very similar and shared common views and lifestyles. A few weeks into our friendship, I attended a panel hosted by the Gay and Lesbian Students Association to learn more about issues impacting the gay community. I was surprised to see [deleted] describing the challenges he faced as a gay Latino. Until that point, it never occurred to me that he could have had a different background, which included being gay. I assumed that because of a few common factors, we were similar and I knew him well. I was wrong. As a result, I had inadvertently failed to recognize that [deleted] comprised a set of unique values and experiences that I could learn from.

REJECTED BY A FAMILY FOR A GAY LIFESTYLE

That meeting, and my subsequent interactions with [deleted], left an indelible mark in my mind. As I became more open and recognized his unique qualities and experiences, he could sense my interest in his life and shared more with me. [deleted] described the challenges he went through when he finally “came out” to his conservative Mexican family. Coming from a conservative household myself, I understood how that type of news might be received. I sensed his pain when he told me that his family rejected him and was “sickened” by his gay lifestyle. I admired his strength and commitment to himself when he introduced me to his partner.

Our friendship taught me many important values. First, it strengthened my resolve to be tolerant and to love my family and friends unconditionally. After learning how [deleted]‘s family reacted, I vowed to never let anyone close to me feel that type of rejection or pain. In addition, our relationship taught me to enter all new situations with an open mind, with no preset notions or assumptions simply based on perceived background or outward appearance. This was something very different from what I had experienced in my home community, where most people had similar backgrounds and values, and were not always open to new ones. I learned that it was important to acknowledge the unique challenges and events that others have experienced and to understand how those events could impact their outlook. By setting those expectations for myself, I was able to learn more about him and others around me. Openness is a value I will always subscribe to. My ability to be open to new people and ideas has helped me forge many other relationships ever since.

Another relationship that changed my life is one with a Professor of Economics I regard as a mentor and good friend. I first observed Professor [deleted] when she gave a speech about the application of statistical analysis to everyday scenarios. I immediately wanted to meet her. She struck me as someone I could look up to as a role model – I was interested in her field of study and intrigued by her confidence and role as the only female economics professor in the department. In retrospect, part of the intrigue was also the contrast between the professor and my mother, who was raised on a ranch in [deleted] and educated to become a secretary. Although it goes without saying that I am proud of my mother and view her as an ideal role model in many respects, I never had the opportunity to develop a relationship with a woman who was a leader in her professional field – Professor [deleted] was my first exposure to a successful female leader in academia.