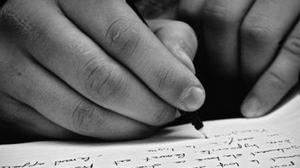 Question: You've been given $1 million to set up a philanthropic organization. What would it support and why?

If given $1 million to set up a philanthropic organization, I would start an international travel program to educate children on the global nature of our society and the need to embrace it. My decision stems from a recent conversation with my 14-year old cousin. Years ago, and I connected through the German language. At the same time that I was preparing to study abroad in Germany for the summer, she was taking German classes as part of her 3rd grade curriculum. She and I share a love for learning about other cultures and to this day it is our main bond. Ashley, now fluent in both German and Spanish, possesses a wealth of knowledge on a variety of cultures and religions which has led her to seek out diverse friends at school. Ashley often talks of how badly some classmates treat her for befriending their Hispanic and Russian classmates.

It pains me to see that because Ashley welcomes friends of diverse backgrounds, she has been alienated by many of the children with traditional, Southern upbringings. While I am confident that Ashley will have the opportunity to travel internationally someday, how many of her classmates will? Will their intolerance today evolve into hate tomorrow? I believe these prejudices are the reason for the war-torn state of our world. I also believe that exposure to different cultures can solve this problem. International travel, which I know to be valued by the GSB, is unparalleled in its ability to create interest in and understanding of other cultures.

The widely touted trend of globalization makes it difficult to imagine that such antiquated beliefs as racism could exist today. But they do. Children across the globe are growing up without an appreciation for diversity. At the age of 11, I was lucky enough to spend five weeks in Japan living with family of a Japanese friend. I was immersed in the culture, the food, and the religion in ways I could not have imagined before the trip. I remember kneeling before a Buddhist shrine wanting so badly to strike the gong, but wondering if that small act would make me a Buddhist. The experience led me to want to learn about the Buddhist faith on my own at a young age. But more importantly, it awakened in me a healthy curiosity, as well as respect, for other cultures.

I attribute my early experience in Japan to my open mind. Every child should have such a broadening experience. The sooner this happens in each person's life the better off our society will be. One million dollars doesn't go very far today, but harmful gossip among children certainly does. More young people like Ashley who are educated about other cultures and become willing to speak out in defense of them, will lead to compassionate voices of reason. In short, making children more culturally educated will serve a greater good when those children grow into adults willing to live peacefully in an increasingly diverse society.