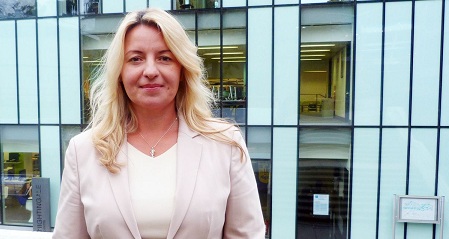 Question: Discuss a situation, preferably work related, where you have taken a significant leadership role. How does this event demonstrate your managerial potential?

On Monday, June [deleted], 200X, at 10:30 p.m., I received a call from my boss telling me that the plant where [deleted] operates was in great danger of flooding, it was the worst storm that Chile had faced in almost a hundred years. I grabbed my fishing waders and rushed to the plant. When I arrived to the site, the property was under more than a meter of water. We decided to go inside and try to save as much as we could; files, records, computers, etc. But the damage was done and we thought that it was the end of the group.

The next day, the management team gathered in front of the property to plan an emergency course of action. As the Administration Manager I felt the responsibility of taking the initiative, so I talked to the personnel and asked them to go home for the day until the water level diminished, telling them to get ready for the next couple of weeks that were crucial to save our jobs. Then, some of us went into the plant. Sitting wet, in my office, using a cell phone, I called all of our banks and major suppliers. I described to them the situation and assured them that we would be back in business in less than a week. TV news reporters were interviewing the C.E.O, who asked help from the government. They sent machinery in the afternoon, which resulted in the water retreat.

It was now Wednesday, all [deleted]'s employees arrived in "combat clothing" and I told them the exact same thing I told the banks and suppliers, we have a week. I explained to them how important was everybody's collaboration and help. It was pretty amazing to watch 258 people working together, cleaning, brushing, etc., from Security Guards to Managers. We worked very hard and 5 days later; we were dispatching products again and attending our customers.

Now we needed to collect the insurance money. Insurance Companies are very reluctant to pay, at least in Chile, so the collection process was really exhausting. I had to lead the process with my accounting team in order to present detailed inventories to the Company and explain each item on every financial statement that they asked for. Finally I had to present and defend my last report on the losses caused by the rain. We were able to collect a 100% of the losses and now [deleted] is an even stronger position than before the flooding.

After this experience I understood that to be a leader you must not only give orders, but also motivate people showing them how to achieve a common goal working together. I was also able to strengthen my managerial skills that will be useful for the rest of my career and life. I have maintained the attitude that I had during the flooding towards my subordinates and peers and I am convinced that we work in a much better way now.