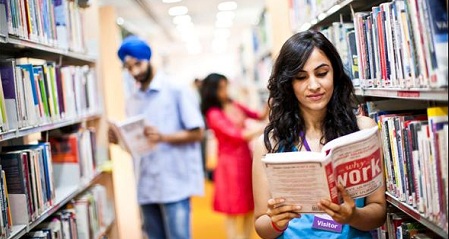 QUESTION: Describe a failure and how you dealt with it?

"Captain [deleted], the Colonel wants to see you in his tent as soon as possible," my First Sergeant informed me, as I returned to my company command post tent. I was expecting this. My most important platoon had just failed miserably in its mission to refuel two [deleted] helicopters. As I walked toward the Colonel's tent, I knew that I was in for a good ass-chewing, and I could blame no one but myself for the failure.

I was the new guy on the block; I had only been the commander for a few months. I was in command of the headquarters company of an aviation battalion. My company's most important mission was refueling the fleet of helicopters in the battalion. Almost as soon as I took charge of the company, my boss—the Colonel—explained to me in excruciating detail how critical it was for this platoon to accomplish its refueling mission. Without this support, the entire battalion would effectively shut down. Helicopters have a hard time flying without fuel.

As a new commander, I made a grave mistake; I listened to everyone telling me about how my refueling platoon was the best in the Army. Even the platoon leader subtly hinted that I should just let the platoon run itself. Consequently, I did not get involved in the platoon's mission planning or training. I didn't realize it at the time, but my lack of supervision was the perfect recipe for disaster..

The failure occurred during a field training exercise. Not only was my platoon going to set up a remote refueling site several miles from our field location, but the platoon was also going to refuel two [deleted] helicopters, both of which were different models from those used by the U.S. [deleted]. This was to be quite the historical event—never before had my company been involved in joint operations with a foreign country. But I did not worry, nor did I get too involved in the mission's planning and preparation. "Why should I?" I thought, "This platoon can run itself." Besides, the platoon leader, along with the rest of her platoon, believed the mission was a piece of cake. I didn't realize that the prior successes of the platoon created a dangerous complacency among its soldiers.

From the moment the platoon set out to on the mission, nothing could go right. Due to lack of training and experience, the refueling team took over an hour to set up a the fueling point, which is normally only a 15 minute job. Things only got worse when the helicopters arrived and the team discovered they did not have the proper nozzles to refuel either helicopter. To further exacerbate the situation, as the team disassembled the refueling point, one of the soldiers failed to follow the proper steps in disconnecting the hoses. Consequently, she ended up showering herself with about 6 gallons of JP-8 aviation fuel.

The Colonel wanted to know exactly what happened and why. I explained the situation to him and offered no excuses for the failure. There simply was no excuse. The platoon failed because of me. I did not ensure they had the training and equipment to carry out the mission. I made a critical assumption that they could do the mission without supervising any rehearsals. The Colonel respected my honesty and candor in accepting full responsibility for the failure. Nevertheless, I was determined to turn this failure around. I requested that we do the mission again during our next field exercise six weeks later. I had faith in my platoon's potential to perform this mission flawlessly. They were all hard-working, dedicated, and motivated soldiers. I just needed to provide them with the leadership and direction to properly train for this mission.

For the next six weeks, I ensured the platoon trained for the mission. I developed a training strategy for the platoon leader and helped her prepare the platoon. My plan of attack for this mission took the platoon from the initial stages of training to a full run-through rehearsal of the exercise.

After six weeks, we were ready to try this mission again. Not only was I now confident in the abilities of the refueling platoon, but I also sensed a camaraderie and cohesion that the six week training program created within the platoon. When the time came to execute the mission, the platoon performed flawlessly. The platoon set up two remote refueling points in just 8 minutes, far surpassing the standard of 15 minutes. As the two [deleted] helicopters landed, the team smoothly refueled both helicopters. After the helicopters departed, the team disassembled the refueling points just as flawlessly as they had set them up. There were no gasoline showers this time. From a distance, I watched the entire exercise and could not help but have an intense feeling of pride in my soldiers. I could sense the excitement over their accomplishment, and I was proud of their hard work and determination. When I informed the Colonel of the great success of this refueling operation, he congratulated me on my efforts in turning the previous debacle into a tremendous success. But I did not want to take credit for the success. I succeeded in providing the leadership and training to the soldiers; but they were the ones who trained hard, worked as a team, and ultimately turned the mission into a great success.