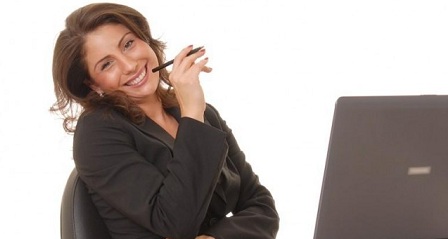 Question: Tell us about an opinion you have had to defend. How has this affected your belief system?

I chuckle to myself every time I think about this. I am perceived as a mild-mannered, intelligent individual until I mention that I am involved in riflery. It is interesting to watch someone's expression change. It is as if I instantaneously grew a pair of horns and a sharp set of claws. Believe me this gets worse; I am a member of the NRA. I try to tell these folks that I belong to the NRA to fire my rifle. "Oh my God! You fire real guns? with real bullets?!?" they remark with a perplexed look on their face. Besides having horns and claws, I now possess a tail and leathery wings.

This is how it began five years ago. I had played on a soccer team for several years. As I grew older I began having difficulty playing soccer because of shortness of breath. I was diagnosed as having mild asthma which ended my soccer career and eliminated my participation in most physical sports.

Shortly afterward, during a Boy Scout summer camp, I participated in riflery at their shooting range. This was the first time I had ever touched a firearm. To my amazement, I won the camp's first place award for marksmanship. I was more than eager when a friend of mine asked me if I would like to join a shooting club.

My parents were wary when I asked to join the rifle club. My mother feared guns, but my father felt there was no problem with trying this sport. Gratefully, he gave me the opportunity to try rifle marksmanship, despite secretly hoping that I would quit. Both of my parents were afraid of what people would think about their son's involvement with guns.

Like my parents a majority of people believe that all firearms are dangerous to our society. All they remember are the hysterical news releases of street violence and injured children. I am often asked how many deer I've shot. Frankly, I could never bring myself to injure another living creature and neither would most of the competitors I have met. Yet, I keep finding myself defending the sport from all of the misconceptions that surround it. Most people have developed a negative impression of the sport and I have found that these prejudices are difficult, if not impossible, to rectify.

Because of this conflict, I have become an open minded individual. I express my opinions without reservation, and I have learned to accept opinions and viewpoints contrary to my own. I do not intend to alter what I enjoy because of the ignorance of friends and acquaintances. If people have a negative view of me simply because of the sport I am active in, then they must be so superficial that they cannot see the person who I really am. I am no longer apprehensive of being perceived as a gun toting, trigger happy fanatic, even though I still endeavor to educate my friends and relatives on the beauty of this sport.