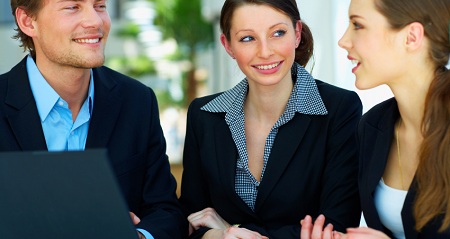 Describe two events in your life to date that demonstrate your ability to do well in business.

My classmates called me "the alien," and they avoided me like the plague. As a young boy, I suffered from severe dermatitis, which filled my limbs with ulcers and scars. The true pain of my condition, however, was social; I was alienated from my classmates and lived a life of loneliness and isolation. Doctors predicted that I would never fully recover, but my parents refused to accept this. They encouraged me to hope for the future, teaching me that any obstacle could be overcome. I therefore took an active role in my health, trying many medications and herbs.

Approaching my loneliness with bravery, I came to view it as a challenge to be overcome. The summer after I graduated from primary school, my disease improved dramatically. Although my body remained riddled with scars, the ulcers vanished. The self-confidence I regained was profound; I realized that my personal will had led to this improvement. I began to seek out friendships at school, and I took part in activities like volleyball, Girl Guide, and Art Club. Through it all, my attitude toward challenges remained the same. In every examination or competition, I told myself that I could easily excel since nothing could be more difficult than what I had already overcome. By the time I moved to Canada, I had fully recovered both socially and physically. Moreover, I had learned to be confident and never to fear failure. This credo echoes through my personal life and gives me the inner resolve to succeed at any endeavor, including my professional pursuits.

Like my personal battle with dermatitis, I learned a great deal about leadership by overcoming adversity. While enrolled in an ESL program in Canada, I joined the Culture Club as a Special Event Director. I managed a group of six individuals in organizing various functions. I was the most advanced ESL student among the group, and I therefore assumed myself to be the most capable. I quickly learned my mistake. While preparing our first function, I was strict with my team members and often rejected their ideas in favor of my own. I performed most of their tasks myself, allowing them to assist me only in minor details. As a result, the function was not very successful. Few people attended, and we had problems with decorations and presentation. The setback disheartened me, and I spoke of it to the club's supervisor. She responded that she trusted my ability to succeed in the future. This comment filled me with surprise, for I realized that I had never trusted my own team members. Although they were weak in English, they had many valuable talents. I immediately changed my policy, allowing team members to choose the tasks they desired and to complete them on their own.

Meetings evolved into group brainstorming sessions, which yielded many good ideas. Most importantly, the atmosphere among us improved dramatically. We were happier and more eager to devote time to the program. I learned what true leadership is, and the experience undoubtedly improved my ability to handle challenging business situations.