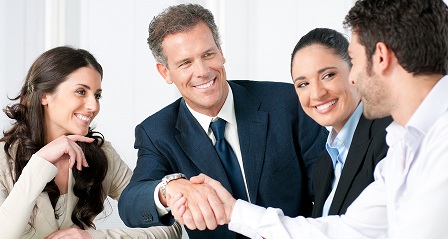 1) OK, I’ll admit it - my college experience was no piece of cake. In fact, I think I had it harder than most others I knew at UCLA. Most others came from wealth. So did I, sort of. My family was known for its wealth of knowledge. Unfortunately, the invisible hand of the free market does not handsomely reward intellect for intellectualism’s sake. More specifically, my father was a high school and college instructor, and although he was quite gifted intellectually, didn’t make enough to help me out through school. He did, unfortunately, earn enough for me not to qualify for many state grants. I was, as my contemporary peers put it, in the “gray area”.

Having been rudely awakened to the idea that I would be financing the vast majority of my education, I opted for the “first two years at cheap university, last two years at expensive university” plan, instead of entering UCLA as a freshmen as I had originally intended. In the long run, however, this did not hinder my chances of success at UCLA or otherwise. In fact, I think it enhanced it.

As anybody’s granddad tells him or her at a young age, there is nothing like spending a dollar that you’ve earned on your own. Likewise, graduating at the top of your class at a world class university and paying for it on your own, to boot, evokes a similar feeling. I also pegged a very lucrative job as a GIC broker my junior year and managed my own real estate business my last two years of college. Upon graduation, I was one of four graduates at UCLA that year to receive an offer from a “bulge bracket” investment banking firm. Having done all this and having maintained over a 3.9 grade point average while paying for nearly 90% of my academic costs does, indeed, make me proud. I think anyone in my shoes would feel the same.

2) Languages are curious creatures. Unlike any other knowledge or skill which improves with learning intensity, languages require time, lots of time. That means that while one may learn the nuances of Chinese history in one night of cramming, learning a foreign language requires a bit by bit learning and cognative assimilation process that, for those of us who are impatient, can be quite frustrating. One can’t “cram” a language.

Now, as many of us know, Germans are known for their long vacations. One late August while at DGZ, my immediate superior who, with me, covered Scandanavia (and Northern Germany, from time to time) was on a four-week vacation. During his absence one of our German clients needed to issue a Schuldscheindarlehen, a type of German fixed-income financing instrument. This was fine and dandy, but, unfortunately, our client spoke only German, and I was left to conduct the entire transaction (including documentation). The transaction lasted a couple of weeks, involved an interest rate swap, and was, without a doubt, one of my most challenging career experiences to date. The success, however, did not derive from closing the transaction as would seem on the surface. Indeed, of greater significance was the fact that I had actually mastered and conquered the German language.

Big deal, you say? Lots of folks learn foreign languages, right? But, impatient ones rarely do - it’s against their nature, and I include myself amongst them. So although to the outside observer this may seem a bit hum drum (especially to consider as one of my two most admirable successes), the mastering of the German language is truly a triumph and one that only I and my easily-frustrated self will ever truly appreciate.