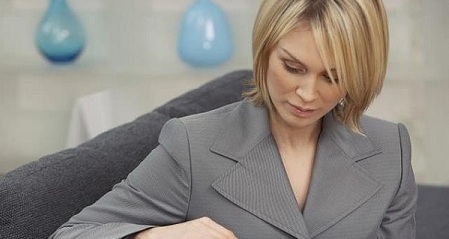 Describe your most challenging team-building experience. What insights did you gain as a result of this experience?

In April of 2001, two colleagues from Ota-ku and about one hundred volunteers gathered in Tokyo to address a growing problem in Japan: the "Digital Divide." Our plan was to establish a course in information technology and to leverage the 54.5 billion yen endowment of a national movement in order to train Japanese citizens in the usage of on-line resources. At the opening of the meeting, however, I was surprised to learn that the Ota-ku personnel who were to be managing the IT course did not have their own email addresses! They proposed to correspond by mail, not by email, and from that point forward, I knew that I had my work cut out for me.

To overcome a seemingly insurmountable challenge, I first assessed my resources. I analyzed the specific skills of each volunteer so that I could give them appropriate roles in setting up the course. Conducting this research, I found that the one hundred volunteers, unlike my colleagues at Aquent, had very diversified levels of training; some volunteers taught computer classes daily, while others had only recently mastered the basics of email. Despite differing levels of experience, all volunteers shared a common goal--to conquer the Digital Divide.

After investigating all of the members' skills, I created teams from small groups of volunteers, carefully distributing teammates so that their skills were equally divided amongst groups. Next, before the course began, I arranged for the teams to gather several times so that the team members could become acquainted with each other. Gradually, throughout the course, I continued to build unity within each team, and I watched team consciousness bud with each successive meeting.

The first course lasted for two days and taught essential IT skills to about thirty participants. An experienced computer teacher and I acted as the main lecturers while three other volunteers supported the students. Since many of the participants were women who did not work during the day, my first lesson addressed how to acquire restaurant coupons on-line. As one of our older volunteer lecturers described sound and picture files, and taught participants how to attach them to email, I noticed that the students were already realizing the pleasure of the Internet.

As the course progressed, I ensured that each lecturer contributed to the lessons by discussing his or her area of expertise. At one point, a volunteer became worried because he doubted that he could contribute. During the second session, I asked him to act as the main lecturer for the next class. Although he turned me down at first, he finally accepted my offer on the condition that I teach him lecturing techniques before the next class. Ultimately, he finished splendidly. Since his IT skills were not strong at first, he understood the fear and confusion that many of our beginners experienced, and was therefore able to deliver effective instruction to a wide audience.

By drawing on the unique talents of each volunteer, I succeeded in crafting an IT course that was richer than I had imagined. From the first time the volunteers shared their skills with the group, through each volunteer's turn lecturing, I cultivated a constructive atmosphere in which every team member could play an important role. As a result, each member was able to build on his strong points and to find an indispensable unity in the team. Today, I look forward to joining the community at XXX, another environment in which diverse individuals, with distinct talents, come together for the shared goal of their education.