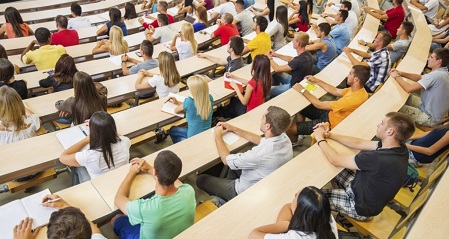 Question: Describe the most significant lesson you have learned in your full-time employment and how this influenced your personal development and career aspirations.

"Unity in Diversity" is the most important lesson that I have learnt while working in the [deleted]. The organization that I work for, [deleted], fabricates steel for building petrochemical plants, cement factories and refineries. It employs personnel from different countries all over the world. When I joined as a Sales Engineer, it was a challenge to work with people of diverse nationalities. I made the effort to learn about and understand the cultures of the people that I worked with, which helped me to foster better team spirit, as illustrated below.

In the steel fabrication business, a team is assigned the responsibility of executing a project. The team is lead by a Project Manager, who is supported by section heads who oversee the various sections of the project. For this particular instance, we were invited to submit a proposal for building certain sections of a cement plant. As we had almost no experience in this field, we hired industry experts as consultants to help us with designing and cost estimation.

After winning the contract, while setting-up the project it was discovered that there had been an error in the cost estimation. Due to the loss-making nature of the project, none of the Project Managers were interested in handling the project. It was a 'catch 22' situation as not accepting the contract would have meant bad publicity for the company, resulting in the company being blacklisted from future cement projects in the GCC. After analyzing the situation, I decided to accept the responsibility, even though I head the Sales Department and am not directly involved in project management.

Once I decided to take on the project, I called for a meeting with all the department heads. I requested their co-operation by assigning their best personnel to this project. I received their complete support and that of their personnel as a result of my personal rapport with each one of them. We worked as a team and despite many difficulties, managed to complete the project on time and in the specified cost. I encouraged my team throughout the year by often repeating one of my mottoes in life: "Tough times don't last, tough people do".

During the course of the project I improved my knowledge of Arabic (while dealing with the local authorities), handled a multi-cultural team, and successfully executed the first cement plant construction in the history of our organization. My management rewarded my success by promoting me to Project Sales Manager.

At a personal level, this project helped me to discover myself as a leader of men and someone who thrives on challenges. It enhanced my self-confidence, improved my communication skills, and elicited a much more analytical approach to tackling difficult situations, both in my personal and professional life.

In the future, I want to learn more about the turnkey construction industry. I wish to achieve this by joining a global organization, involved in building infrastructure in developing countries like mine i.e. India. I want to be involved in its management, rather than just executing a project. I feel that this would ensure my participation in the day to day running of the firm and help me to understand the fundamentals of running such a business. My interaction with people in the industry has revealed that the main motivation lies in the pleasure of building. My ultimate aim is to head such an organization, which employs creative people who help countries develop. When we built the cement plant it was like a dream come true, I felt immense pride at what we had created. This is the same feeling that I look forward to when I start and build my own business.