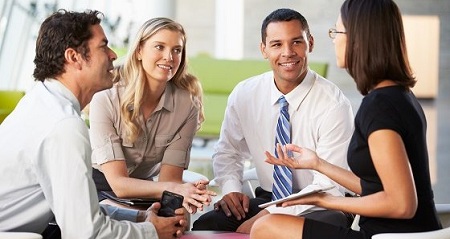 Describe your greatest professional achievement and how you were able to add value to your organization. (400 words)

It was my first day at American Technologies Corporation (ATC). I was shown my allotted cubicle. It was barely eight-by-eight feet in size. I looked around. Similar-sized cubicles were everywhere. Dilbertism might not be a myth after all.

Within six months of joining ATC, I became one of the principal architects driving the development of the award-winning, state-of-the-art ATC's software platform. But it was not enough to bring ATC's flagship technology, neural network personalization, to mainstream. Studying the adoption of similar technologies, I concluded that we needed to connect with the "early adopters" of this technology.

I discussed my plan with colleagues in the marketing department. Despite sharing my enthusiasm, they were non-committal due to lack of resources. It was clear. If my proposal were to see the light of the day, I would have to go beyond the call of my duty. I decided to take the plunge.

Through an online forum, I started reaching out to the small community of "early adopters." From handholding the novice developers to answering the complex questions of the expert developers, I started a process of demystification of the technology. Slowly but surely, the online forum started to create a buzz in the developer community. Having understood the nuances of neural network personalization, the entrepreneurial developers started to discuss how it could be used to solve the intricate business problems. Business plans were developed and a lot of small ventures were floated.

The unexpected response to the online forum attracted the interest of our Marketing team. And this time they acted. The Marketing team soon became a regular to various trade shows and industry conferences. I was the technology expert at most of these sessions. The developer community grew rapidly and in no time boasted of 15,000+ developers from 25 different countries.

The online forum, which started out as a technology dissemination forum, established ATC as the leader driving the adoption of neural network personalization. It became the sales channel through which ATC got most of its enterprise customers. Today, these customers account for 15% of ATC's total revenue. The feedback that we gathered from the developers also helped streamline our Product Development process. There was a marked shift from "build and they will come" approach to a more customer-centric approach, which proved beneficial in the long run as lots of costly mistakes were avoided upfront.

My efforts in building this community were recognized in an influential book on neural network personalization. As the technology became ubiquitous, I felt proud that I had played my own small role in its commercialization. And what about my cubicle? Thanks to its three-and-a-half walls, which always defined my boundaries accurately so that I could continually scale those boundaries.

* Any applicant who writes about technology runs the risk of confusing or boring his audience, but Emerson does a good job of briefly explaining why the technology was important to ATC without getting bogged down in details.

* The only real weaknesses in this essay come in the first and last paragraphs. They seem somewhat disconnected from the rest of the essay. While Emerson's "Dilbert" comment in the first paragraph is good in that it shows he has a sense of humor, the tone that he sets in this paragraph (one of a faceless, monolothic corporation) doesn't carry through the rest of the essay. Also, the very last sentence doesn't make sense as it's written right now. We suggest that he think about other ways to start and end this essay.

* Along the same lines, Emerson goes from describing this world of cubicles to describing what sounds like a pretty big set of responsibilities in the second paragraph. Was this the job he was initially hired to do? If not, how did he work his way into this position?

* Since Emerson is well over the 400-word limit right now, perhaps he can save space by cutting down or even eliminating the "cubicles" introduction.

* Emerson is rightly proud that his efforts were mentioned in a book! He should even go a step further and mention the name of the book. Doing so will help the accomplishment seem more real.

* Overall, this is a good story that clearly demonstrates the impact that Emerson has had on his employer. If Emerson can improve the beginning and ending of this essay and make it a little shorter overall, it will be an excellent one.