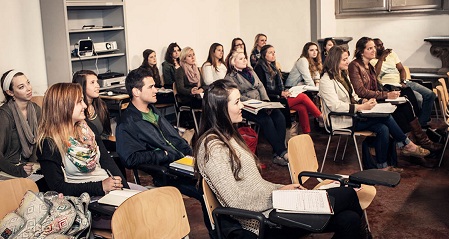 Question: The Fisher College of Business MBA program places a heavy emphasis on building teams. What from your past demonstrates your leadership, your ability to work with others and your skill at resolving conflict?

Throughout my career, my time in the Army, and my college days, teamwork has been a significant part of my development. At various times, I've been leader, follower, and teammate. Within these experiences I have been able to develop my conflict resolution skills.


My present career path (two years auditing, four years in financial analysis) has provided me limited opportunity to work in direct leadership roles. Therefore, as an example of leadership, I go back to my college days. I took an upper level management class as my "Capstone" or culmination class during my senior year. The class was project/case driven. Students were grouped into teams for the duration, and I became the unofficial leader of my team. I provided both managerial and personal leadership. In the managerial capacity, I set and held people accountable to deadlines, got everyone to agree on deliverables, and when necessary, assigned work to teammates. In terms of personal leadership, I made everyone, especially myself, accountable to the group, gave my best effort in all my responsibilities, provided assistance when needed, and was the front man in talking to our professors. This leadership role came with the risk of reputation and pride, and with some criticism along the way, which I was willing to take.

Our group finished with A's on all projects, which was my team's goal. In achieving this goal I felt I was a successful leader. My ability to work with others was evident during my time as a Senior Financial Analyst for [Company 1]. A large part of my role was to work with other functional areas. In addition to working with fellow Financial Analysts, I worked with people from Transportation, Distribution, Shipping, Building Services, Technical Services, and Accounting. Each group required a slightly different approach, as they had different types of people (accountants, project managers, hands on supervisors, etc.). I worked with these groups on a variety of projects including reporting, budgeting, project analysis, savings programs, and forecasting. The best measure of my ability to work with these individuals was the positive input they gave during my reviews, and the fact that I became a "First Call" resource for many of those folks. With the finance team, we were able to work in a very integrated way, often supporting in roles beyond expected individual responsibility. In fact, I won an award for just such an effort. During a budget crunch, I stepped into a complex budget piece despite my relative unfamiliarity with the area. I was able to lend support and our team completed the budget process on time.

Recently I ran into a conflict with my boss. The conflict was over the style of the budget presentation for Corporate Senior Management. In the end, we ended up choosing my presentation method. However, in arriving at that choice, I had to: (1) determine if the topic was worth the conflict, (2) understand the root of the conflict from my boss's perspective, and (3) if necessary, try to convince my boss that my choice would be the better choice. Number 1 was self-evident to me. This was a presentation for senior management and as such, deserved the best face we could put on it, which I believed to be my style. Number 2 was more difficult to grasp. In the end, I determined that my boss was anchored to his style because he had always done things that way, not necessarily because he knew his way to be superior (emotion vs. informed opinion). This was crucial because conflict would have been self-defeating for me if his way had been better. As number one and two came up yes, number three became necessary. I explained to him a couple of times the benefits of my presentation style and despite some hesitation on his part, went ahead and drafted the presentation. After seeing the draft, he agreed to go in that direction. In the end, we put together a very cogent presentation that was viewed favorably by our division CEO.