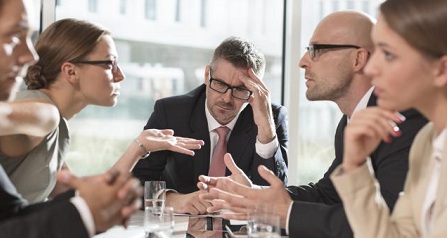 My parents divorced when I was two years old. After some judicial haggling (or so I’ve been told), I ended up with my father and consequently rarely knew my mother. Despite this rather unorthodox family setting, my dad and I had one of those father/son relationships that one might see idealized on television; he coached my little league teams, taught me to drive, the works. To me, my father was my family and, what I liked to coin many years later, my “backstop”.

A couple of months after I left for my first year of college, my father and I had a falling out. If I remember correctly, it involved a speeding ticket. In any case, my dad and I did not speak to one another at all after that lethal day in November, despite his repeated attempts to contact me.

You see, one thing that my father lacked was ambition; as a California hippie in the 1960’s, my dad maintained many of the 60’s ideologies of peace, love and understanding. In other words, the establishment, rules, and the conventional way of doing things he avoided adamantly. For some reason, growing up, I grew to resent this. In fact, it angered me so much that after an argument that hit the very nerve of this resentment, I swore to make it on my own.

After all, I was focused. I had my career to take care of. I had my studies, my athletic activities, my money making schemes, my clubs, my fraternities -- I had my future in front of me. I, indeed, intended to make up for years of ambition that my father squandered. But a couple of years later upon arriving back to my room after my last final exam before Christmas, I received a message that my father had died of a heart attack. My “backstop” was gone.

As mentioned elsewhere in this application, I am stubborn. I sometimes allow my belief in my own correctness to do more harm than good. Most times, I don’t realize it. In this case, the realization of my stubbornness was like a brick in the face. I had allowed my own goals, objectives and beliefs to come between myself and probably the most important and influential individual my life has seen, and, to this day, I only regret it.

Undoubtedly ambition is always commendable. Blind ambition with neglect of humanism, however, only leads to dismay. By looking to boldly forge my future, I forgot my father, my family. Sew the seeds of life and happiness, despite what society deems as the norm of such matters. This I forgot. This I learned.