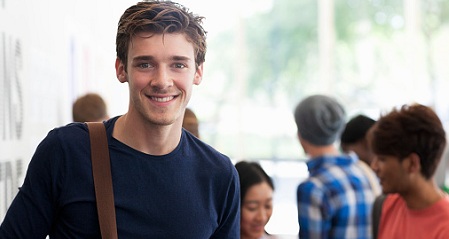 Question asked the applicant to describe an accomplishment in which he demonstrated leadership (limit 500 words).

When I was a senior in high school, I decided to try something unique. As a music aficionado for many years with piano lessons and countless 45s, I decided to try out for the spring musical Grease. I had never sung before, but decided to give it a try. Even though this was not Broadway, I was still in shock when I was given a part in the show and had to sing. The show went surprisingly well, and I decided that I wanted to continue my singing endeavors as a hobby when I went to college the following year.

I attended Boston College in the fall of the following year. I discovered a group called the Boston College Chorale, which was a highly talented choral group of approximately 150 men and women. The big attraction to the group was that it traveled abroad for a week in the spring to perform, which included Italy, where the group attended a papal audience to sing. I found this intriguing, and I decided to try out during my first semester. I was accepted into the group and met many diverse and interesting people during my first year.

In my second year, I became more and more involved with the group. An interesting facet of the group was that students led it. There were eight officers, comprised of college juniors and seniors, who had various group responsibilities. Toward the end of my second year in the group, the annual elections for new officers were held. Because of my increased interest in and commitment to the group, I decided to run and became one of four officers elected. The officer positions were two-year commitments, and each year the officers would vote on new titles for each officer.

At the end of my first year as an officer, the internal elections for the officer titles were held again. I was voted president of the group for my senior year. I knew this role would be quite challenging and time consuming, but I accepted it gladly and was ready to face the numerous responsibilities for the upcoming year.

I had to make various decisions for the group with the efforts of the other officers. I was ultimately responsible for ensuring that the concerts were planned and advertised in a timely manner, the university funding provided to our group was properly utilized, the annual trip abroad was in order from the accommodations to the performances, and the social events were organized. I felt the year went smoothly and that the group of officers worked well together. I was able to demonstrate my leadership role to the best of my abilities. Members of the group showed their appreciation to me and to the other officers at the end of the year. I had an overwhelming sense of accomplishment at the end of the year as I graduated from Boston College, ready to face further challenges that would require my leadership abilities.