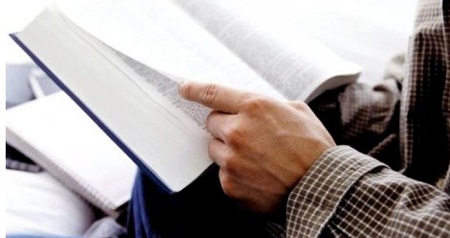 Question: Describe when you were a part of a team where the group process and/or intended outcome failed. What was your role, how did you contribute to the process or outcome, and what did you learn? (500 words)

Recently I wrote and directed a short film, "All About You," which was a highly collaborative project replete with challenges. Prior to my scheduled shoot, my producers resigned, my cinematographer cancelled his commitment, crucial locations had not been secured, and I was still displeased with my final cast after having held extensive auditions with over one hundred actors. I fired my lead actor to hire another, [deleted], who clashed so much in the first rehearsal with the female lead, [deleted], that he temporarily quit, subsequently claiming that he had never been so furious in his life. Nonetheless, after much determination and exertion, the production was a moderate success. In fact, [deleted] and [deleted], after an intimate, well-acted scene, became friends.

This project at every stage entailed a team effort. In delegating responsibilities, I would tell my cast and crew that, as director, the best role I could play was "to do nothing." Popular lore relates that Alfred Hitchcock would drive up to a set in a car, roll down the window, call "Action," and drive away. The same idea appears in a different context, when Socrates, in the Platonic Dialogues, describes the role of the philosopher as a "midwife": The philosopher cannot impart knowledge to another, but through guidance and questioning, can help guide another person to his or her own understanding of an issue. The role of the director, or any team leader, is similar. In actualizing the characters and story in a script, the director must coordinate and guide the disparate, highly specialized talents of many others, much as a conductor guides an orchestra.

Because this project fell short of my expectations, I would have to say that the outcome failed. Although my film is a dramatic, fast-paced story enhanced by my composer's brilliant music, I recognize in retrospect that I insufficiently collaborated during the writing phase. As I suffered from the initial bouts of writer's block, I should have acknowledged that dramatic writing is not my forte and collaborated with other writers in pre-production. Film demands perfection: A single fault will distract the audience from its engagement in the story. I failed to establish a main character who wins the empathy of an audience.

To spend tens of thousands of dollars and years of my life, only to produce a less-than-perfect film, is indeed frustrating. But at least the lessons have been invaluable. In film, as with all else in life, vision is of the essence. A weak script will become a weak film; an excellent script will become an excellent film. (For instance, the clever, colorful film, "My Big Fat Greek Wedding," with merely a $5 million budget, grossed $350 million worldwide.) Yet, vision in itself is insufficient. A manager or director must recognize his or her own shortcomings, while identifying the talent and potential of other individuals, in leading a team effort to actualize this vision. In organizing my entrepreneurial venture--if the project proves viable--I will not repeat these mistakes.