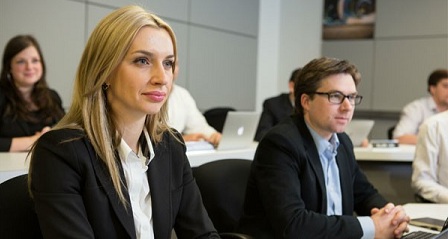 I am a native Californian, yet have lived all over the world. I speak foreign tongues, yet am quite American in nature and thinking. I possess the ruthlessness of a free-marketeer, yet the humility of a good standing Irish-catholic. It may, therefore, come as no surprise that I view myself as unique -- who doesn’t. But, unlike many of my counterparts, my uniqueness derives not from a particular uniqueness, but indeed, from a lack of uniqueness, a balance.

As has become prevalent since the Cold War bound us against a common enemy, many of us have retreated to our own particular unique qualities. We are either “something - American”, from poverty, a foreigner, pro-life or representative of some other specific niche. Global leaders, global unifiers of the 21st century will not be from niche groups, but representative of the whole, able to relate to people from all walks of life. Leaders, today more than ever, must be able to satiate the needs of the extremes, the voices of the many few as well as identify with a more diverse populace.

I come from a background that has taken me from rather humble beginnings in a poor urban setting in Los Angeles to New York and Europe. I have lived, walked and shared life with wealthy as well as poor, black as well as white, foreign as well as American. I have risen from the poorer areas of California to the wealthy areas of Manhattan and have survived and adapted along the way. The end result has been a life experience that allows me to understand the rites and morays of all levels of society. I can wine and dine the captains of industry, drink beer and shoot pool with steel workers.

My achievements are obvious, as is indicated in other sections of this application. But if I could lay claim to my greatest achievement it would be the understanding of people. Put yourself in their shoes and act accordingly. This has been advantageous for me professionally as well as personally.

With the end of the Cold War and the ever-increasing emphasis on economic power over political power, now more than ever-private sector leaders will bear more and more burden for social responsibility. The era has come for a new business leader: aware of profit maximization yet equally aware of the community in which he operates. Increasing competition will prompt governments to free up markets to allow for increased competitiveness for their domestic enterprises. It will then be up to enterprises to assume the role of self-policing its activities, environmentally, ethically. As a result, business leaders must be objective yet political.