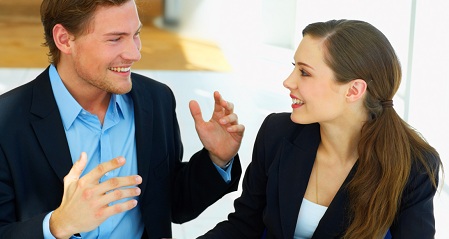 Question: What do you consider to be your most important personal and professional accomplishments to date?

With no money, no direction, and no goals, I graduated from high school in 1987 not knowing if I would ever be a man, if I would ever know what life means. Unable to afford college tuition, I worked odd jobs for a few months before deciding to join the United States Marine Corps. A scrappy kid who needed structure and support, I entered the Marines unprepared for the next thirteen weeks of extraordinary physical and mental challenges.

Arriving at the recruit-training depot in Parris Island South Carolina on February 3,1988 not knowing what to expect, I watched my hair fall off my head, had vaccinations for every disease ever discovered, and learned to live with sixty other young men in close quarters. The days were long. I would wake up at 4 a.m. and work nonstop for 18 hours until I could collapse on my bed. Exposed to individuals from many different cultural and economic backgrounds, I learned the value of teamwork and the work ethic essential to leadership. When we first arrived on the island, my platoon was a jumbled mess of disobedient, out of shape, undisciplined boys. After three months of exhausting training we were molded into a group of highly motivated, physically fit men. On the proudest day of my life, I marched in the graduation parade to become a United States Marine.

After being discharged from the United States Marine Corps, I became determined to attain an electrical engineering degree from Florida State University. I wisely invested in the GI Bill early on in my Marine Corps career in order to go to college. Although a substantial amount of money, the GI Bill only covered my tuition; to pay for food and rent, I took a full time job with the VA work-study program. In the beginning I had difficulty adjusting to working full time while maintaining a full coarse load, and I began to feel hindered by my years outside the classroom. However, determined to succeed, I learned to manage my time well, and I established good study habits, which have continued to the present. In the spring of 1997 I obtained a Bachelors degree in Electrical engineering, a full year ahead of schedule. I take pride in the fact that I am the first person in my family to obtain a college degree.

I moved to Los Angeles after graduating from college and accepted a position at an aerospace company as a design engineer. Although I had multiple offers, I chose to work at my particular company to further my education. Putting in long hours at work while devoting most of my personal time to obtaining a Masters degree in electrical engineering, I felt like I was in college again with my full time job and academic responsibilities. To keep some sense of sanity and maintain good spirits, I decided to learn how to snowboard. Although at first snowboarding seemed a most impossible mission given the long drive to the resort and my inexperience with cold weather, I persevered and by the end of my first day could navigate my way down the mountain. I have since become an accomplished snowboarder, but nothing matches the exhilaration I felt at the end of that first day when I completed my first run without falling.