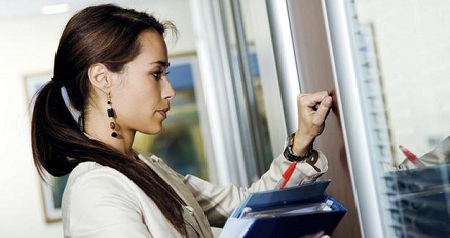 My greatest achievement was a direct result of my greatest disappointment. There was a time that my entire goal in life was to become a golf professional. This is not to be confused with professional golfer. My goal was to become a Head Pro, filling my day with lessons with club members and focusing on restocking the pro shop with clothing and equipment, not filling my days with playing on the greatest courses man has created for a purse the size of a third world country’s GDP every weekend. To pursue my goal I entered an apprentice program at a local golf club while taking classes at a local Jr. College.

I took my duties as an apprentice much more seriously then my duties as a student. I can remember my focus was to pass the Players Ability Test in which I would have to shoot within a certain range to par to be considered for the next step in my professional evolvement. As I prepared I started to feel a tingling in my feet, as someone who felt bullet proof, I ignored it. The tingling progressively got worse and worse until it got to the point where I had trouble walking in a straight line. After some persuasion, I went to the Doctor, who then referred me to a Neurologist. One test led to another until the final diagnosis was rendered, I had Multiple Sclerosis.

After intensive drug treatment my condition stabilized, but I had lost some of the balance that I relied on in my golf swing. Without the balance I once had, I could no longer play to the level that was required of me so my dream of becoming a professional was history. To say the revelation was disappointing would be an understatement. I never felt sorry for myself, but I did feel that I had wasted a portion of my life chasing one goal that was now unattainable. I learned that even the best laid plans can be derailed and that I need to always have options.

Along with golf I had always been a news junkie. I have always kept up with current events and had been fascinated by the news gathering process, I had also been a video announcer for the high school basketball team, so I thought a career in broadcast journalism might be my calling. I was lucky enough to have a friend at NBC who passed my resume along and I was called to fill out an application and take a current events test within that same week. NBC was looking for Part Time help through the summer so I thought I would try my luck to see where it would lead. After acing the test I was offered a part time position as an entry level Video Journalist. I transferred to another Jr. College closer to Manhattan and I started on a 5 year odyssey at NBC. My summer part time position led into a full time position within a couple of months, I was on my way. I improved my grades to the point where I could transfer to Brooklyn State University. Brooklyn State is not exactly Ivy League, but it was close to NBC and had a good reputation in New York. I jumped into NBC with both feet, working full time, taking on an internship with NBC Sports and, when I had the time, going to class. I soon decided that while I liked my job and did it well, I did not have the fire to pursue Journalism as a career. I decided that I would continue working at NBC to pay for school while ultimately changing my major to Finance.

Before I learned about Black/Sholes and the Principles of Corporate Finance, I first had to learn how to study, manage my time, and most importantly develop a discipline and maturity in which I had never possessed. I for my entire college career my education had been a secondary focus, I was finally making it my first priority. After some trial and error I finally got to the point where I could maintain a B average my last two years while working full time. In December of 1998 I fulfilled my greatest achievement; I graduated with a business degree.

To me the achievement was not the degree itself nor was it "overcoming" MS. I worked hard and was rewarded for my hard work. For me the importance of my achievement was overcoming the disappointment of not being able to reach a goal that I had set for myself, picking myself up, dusting myself off and developing maturity, discipline and patience while working full time and pursuing my degree that has served me well in my post graduate career.