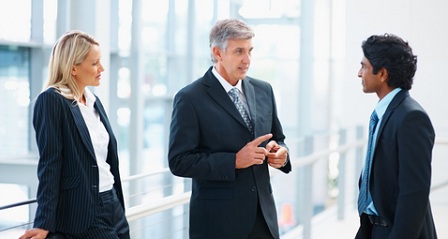 Let’s face it. The term “globalism” has become overused, and often misused. In fact, we might say that it has actually been devalued to the level of the everyday language of buzzword-brandishing marketing pundits. Such freewheeling usage has perhaps prompted many a CEO (or future CEO) to launch into a global plan or strategy without proper consideration of the demands and dynamics of the international marketplace. Many would-be globetrotters neglect the acquisition of language skills, knowledge of foreign trade and tax laws, accounting standards, etc., all of which are necessary to effectively “go global.” Superficial knowledge only leads to failure.

This has, indeed, happened, and while there is no doubt that neglecting to capture the gains achievable in overseas markets is equally suicidal, misguided attempts at competing globally (along with rapidly developing opportunities in the global marketplace) have placed a dramatic premium on individuals who take the time to properly train themselves in international business. For me, the Columbia MBA is a significant component of this training.

I foresee my own career moving in the direction of European/American business, initially from an advisory perspective (i.e. investment banking or consulting) and ultimately from a leadership role within a manufacturing entity, preferably a start-up venture. This prophecy, in part, has evolved from my past experiences in western and eastern Europe which, in turn, have formed my opinions about certain opportunities that should emerge in the future: there should be, with a good degree of certainty, immense windfall gains and comparative advantages for US-trained/thinking business leaders and managers in the European markets in the coming years. This foresight along with my personal entrepreneurial bent and an affinity for finance will play a large role in the evolution of my career.

There is a theory that states that students who travel and study overseas return greatly transformed in outlook and perspective. I am no different, and it is easy to imagine how witnessing first-hand the revolutions in Eastern Europe (while studying in Budapest in the fall of 1989) would impact my future plans. The overall ramifications of the fall of the “Red Empire” were at that time to me quite apparent (i.e. the end of the bi-polar global political structure, etc.), and it was quite obvious that lacking any kind of international capabilities (languages, experience, etc.) would greatly hinder anyone’s career in the long run. Therefore, since graduating in 1991, I have tried to maintain a balance of technical knowledge accumulation and international work experience. Thus far, I think I have been quite successful.

My year at Kidder, Peabody had its compulsory eighty-hour weeks which, indeed, provided a solid technical foundation in corporate finance and capital markets. However, the scope of the company was somewhat limited internationally, hence my job change to Deutsche Girozentrale -Deutsche Kommunalbank- (street name, “DGZ”) in Frankfurt, Germany. This was a career shift that was a bit off the beaten path but was international and provided excellent exposure to the European capital markets and to the internal management/corporate culture of a staunch and traditional German institution. The job was also naturally conducive to achieving full-fluency in German. My current position has allowed for a continuum of international corporate finance exposure (about 90% of Vereinsbank’s clients are central or eastern European) as well as solid technical and quantitative training in corporate finance.

Over the course of my experiences both in the US and Europe I have made a discovery that, while nothing new, creates a macro rationale for my career plans. As most of us know, there exists today a seemingly unalterable persistence of bureaucracy, risk-aversion and time consuming decision making procedures amongst European enterprises, a fundamental difference to their aggressive American counterparts. For any American-trained business leader, this represents an opportunity. The now-ending world recession in tandem with rapidly increasing global competition (both of which, incidentally, have prompted a restructuring of US industry) has forced European governments to strongly consider more open markets. That’s also nothing new. However, it seems that the recession was not long enough to force a concurrent inward reflection amongst European business leaders. As a result, many European private sector entities have maintained their bureaucratic habits, but ultimately face increased competition in their own domestic markets. Unfortunately for them, they are losing and should continue to lose (the recent utter domination of US investment banks in Germany over the long-standing domestic “superbanks” as a result of the recent liberation of the financial markets is a case in point).

This is, obviously, an opportunity. As more and more Europeans continue their tradition of bureaucracy management, there will be an ever-increasing demand for US-trained business operators (who, by the way, traditionally perform well in laizes fairre market environments) as more and more international companies (US and non-US) move into Europe. My objective is to capitalize on this opportunity.

However, just from simple observation, I have discovered that an MBA provides a distinct advantage over those without. There is an analytical nature inherent to MBA’s which I believe is duplicable only by committing two years to the academic study of business. And, in light of my international bent, there is no doubting that Columbia is quite appropriate for my purposes.