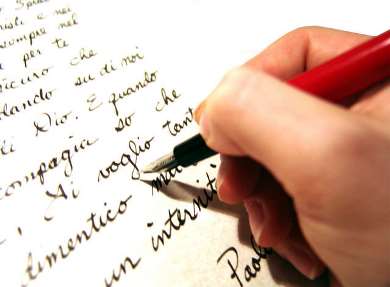 Question: What is it about your background and your experiences that would make a contribution to the diversity of the entering class and the educational experience of the other students?

I was born in [deleted] Angola during a volcanic year that symbolized the eruption of a colony's desire to end five hundred years of Portuguese occupation in their country. Cultural commonalities, such as the Portuguese language, were not enough to unify Portuguese and Angolans, nor was it sufficient to dissipate the Angolan desire for independence. Ultimately, after years of prolonged civil unrest and protests Angola was freed from its ties to Portugal. As a result of beginning life on the brink of a waking volcano, I cultivated a strong will and a sensitivity to the plights of different cultures.

Living in Angola during a time of severe change, I felt the impact of the events even as a child. It was fatal to walk through particular parts of the city during the day. The Angolan dialectic language of Kimbundu gradually replaced Portuguese and schools were closing to be used as shelters to provide safety for citizens. I became intimately familiar with the feeling of separation and not being able to exercise all of the freedoms that I normally possessed. All of these events were poignant for me because they marked my first understanding of adversity and the differences that divide people. Amidst this revolution, I saw my parents work hard to salvage the normalcy of our lives and remain hopeful that Angola would once again become a peaceful country. My parents were my grandest teachers and they showed me through their words and actions that our differences should unite us and create an even greater humanity. When most parents were transferring their children to private schools in an attempt to limit their children's exposure to the African culture, my brother, sister and I remained in the predominantly Black public school system. My parent's decision to keep me in public school gave me a profoundly rich experience and made me awake to the beautiful yet complex Angola that I lived in. I was determined to not yield to the negative ideology that was permeating through Angola and believe that one day peace would return.

In all the years that I have lived in America I have remained connected to the African, Portuguese and American sides of who I am. I speak Portuguese and Spanish laced with some African idiomatic expressions. I'm immersed in the Portuguese Community that is vibrant in its celebration of gastronomy and religious festivals. I collect first edition novels from 20th century American Literature authors such as F.Scott Fitzgerald and Ernest Hemingway and have traveled over the course of 4 years to 30 U.S cities. I look to share all of these experiences with my peers and be further enriched from their own life lessons as well.

Witnessing the devastation of civil war unravel and arriving into a New World with the challenge of fusing three cultures has shaped me into an individual that does not falter in the face of adversity, possesses a strong will and a heightened sensitivity to other cultures. My observations, perspectives and approaches are an amalgam of the worlds that I have seen and will define my contribution to the classroom.